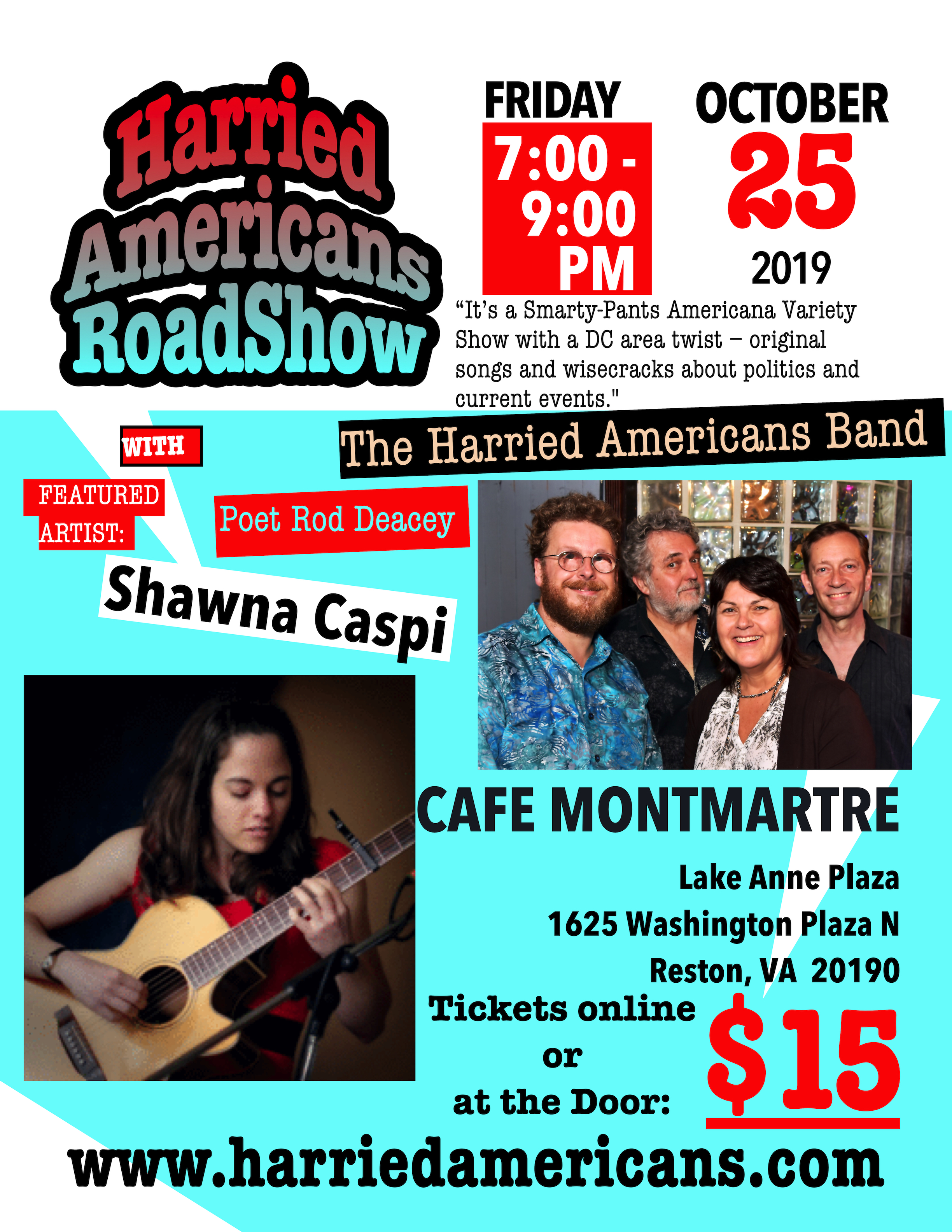 *****************************************
* The Harried Americans Roadshow is a variety show with a D.C. area twist: original songs and wisecracks about politics and current events! Featuring guest artists, comedy, poetry and the smarty-pants Harried Americans Band, these shows are loosey-goosey fun! It’s “… a Gen-X, Baby-Boomer, Smarty-Pants, Americana Variety Show…right in suburbia.”
* Toronto-based singer-songwriter Shawna Caspi performs solo but there’s a whole band under her fingertips. She believes in poetry and the power of one person and one instrument, accompanying herself with a remarkable lyrical fingerpicking guitar style. Shawna strives to be unafraid, to embolden quieted voices, to tell the truth above all else.
* Harried Americans songwriter Chris Anderson is best known for her political satire & smarty-pants originals about social issues, though she also writes about love and the human condition. Winner of a ‘GRAMMY in the Streets’ and a ‘Mid-Atlantic Song Contest’ for her songwriting, she plays guitar and harmonica. She is the producer of Harried Americans RoadShow.
* Harried Americans drummer & emcee, Ron Goad, has won 7 WAMMIE awards for his support of local musicians and locally produced shows. He produces and supports numerous shows and acts in the DMV.